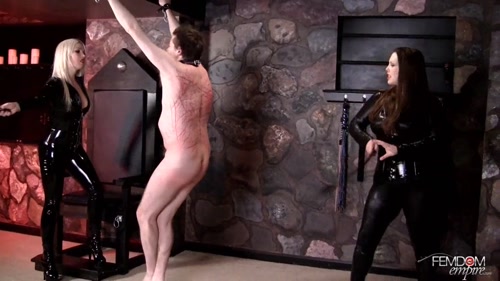 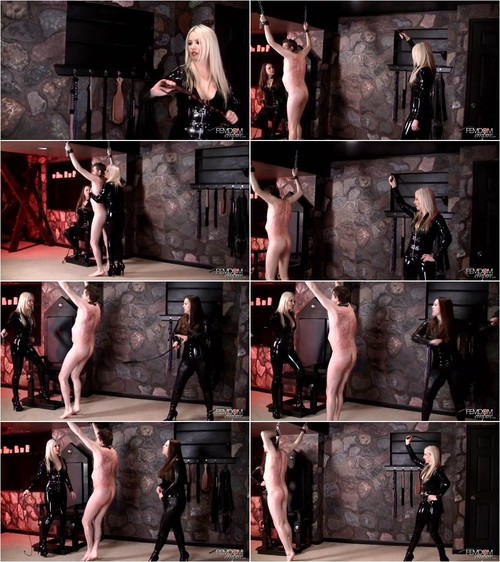 Humans excrete pheromones when they are scared that makes them particularly delicious to Vampires. Vampire Queens Lexi and Jenni like to terrify humans before they feed on them. Lexi has the human tied so she can toy with him, she pulls out her whip and begins to whip his flesh. The harder she whips the more her senses heighten, she can smell the fear in her delicious prey. The man struggles and screams, but it just makes her lash even harder. She gets satisfaction from his pain and suffering it only makes her more hungry. The poor man is no match for two hungry Vampires, they whip him to the breaking point where he begs them to get it over with already. The Vampires bite into the man with their sharp fangs and feed on him.

The Vampires love the taste of a human fearing for his life.