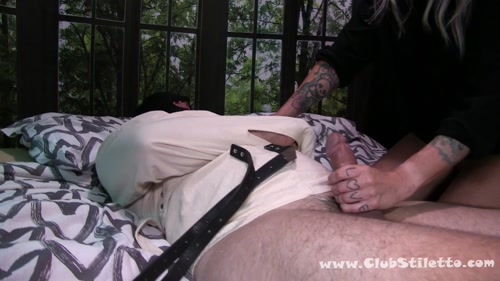 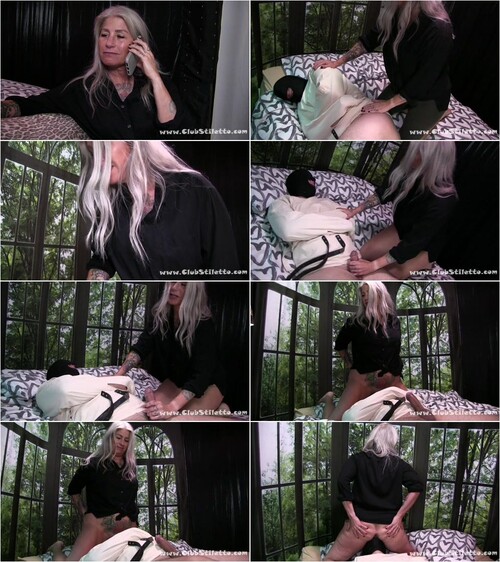 This scene opens with Paige talking to Kenny’s wife Keres on the phone who is away on a romantic vacation with her new lover. While kenny is a grown man he could never be left alone so Paige was nice enough to watch him for the weekend and of course that means using him to lick her ass and other assorted kinky things. As kenny’s step-Aunt she played a major role in developing him into what he is today, a man that is completely controlled by woman and who does everything they say no matter what. You can see the entire history of Paige, Keres and kenny HERE.As Paige mentions her plans for kenny, Keres says “I’d never tell him but kenny is pretty good at licking pussy.” Paige laughs and says her and steps-sister worked hard at molding kenny and he is good at a lot of things now including ass licking and being a full toilet. After a bit more chit chat Paige tells Keres to enjoy her time with her new stud and not to worry, kenny is in good hands. The camera moves to show kenny laying on the bed in mask with no eye holes and a straight jacket. Paige goes over and reminds kenny that he will be blindfolded all weekend as she wants to test out sensory deprivation that she has been experimenting with. “All your other senses will be greatly heightened” she tells him as she removes her pants and gets onto the bed. She sees kenny is already rock hard probably from knowing his wife is getting fucked that second and also because he knows Paige will soon be sitting on his face and maybe using him as a toilet. She loving strokes his cock, she knows how to make kenny feel special. She then sits on his face in reverse position and the camera moves to her backside to see kenny giving her hole nice long licks. “I see you haven’t forgot how I like your tongue deep in my asshole” she tells him. She reminds kenny that he is lucky she arranged his marriage with her friend Keres because now he can still lick her asshole as well as others in the inner circle, he is bound to all of them. Paige then turns into a forward position and kenny keeps licking and tongue fucking her hole. She promises to fart on his face later and use him as her toilet as well. That gets kenny ever more excited and he starts to suck on her anus. 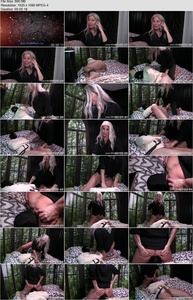